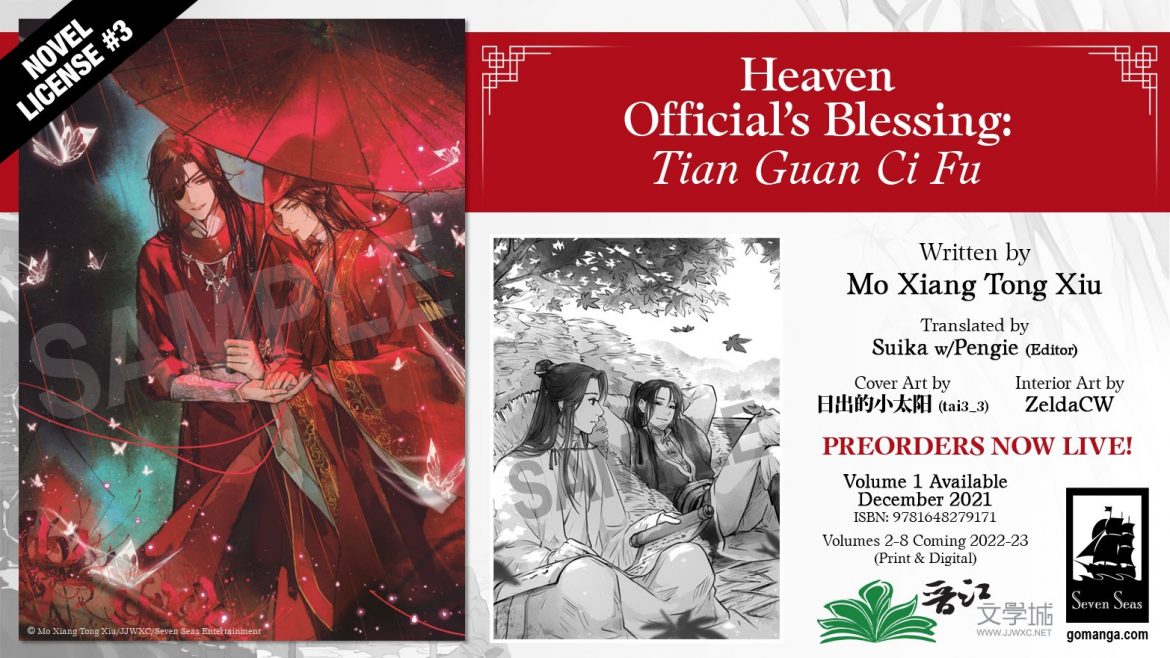 HuaLian nation, how are you doing?

HuaLian nation, this is your year! The donghua adaptation on Blibili got to Netflix. Starember’s beautiful manhua artworks was officially translated in Bilibili. The live action that started filming this year. Here’s another good news for you! On December 7, an official English translation of the novel will be released. Are you ready for Banyue Arc round 4?

Books released will be UNCENSORED and will include the extra chapters. For those who have reservations if this novel is gay, well… order all the books and find out! Maybe, they’re really just two bros sharing spiritual energy, you know? The books will be available both in paperback and ebook format.

As a fan, I’m so happy to officially support the artist and the author. Multiple fans on twitter even organized to give free pre-ordered copies to spread the love.

Depending on your location, you could order all three of MXTX’s books on the online stores listed and linked in Seven Seas Danmei.

Deluxe paperback currently retails at US$ 19.99 / CAN$ 24.99 per book. For international fans like me, Book Depository offers free worldwide shipping. Alternatively, you can request on your local bookstore or library using the ISBN listed below if you cannot order online.

As of August 2021, the volume one pre-orders are available in Amazon US, Amazon Canada, Barnes & Noble, Book Depository, RightStuf, Books-A-Million, Bookshop.org, IndiBound, Indigo/Chapters.

The book will be divided into a eight volumes including the extra chapters. This table will be updated once new information has been officially released.