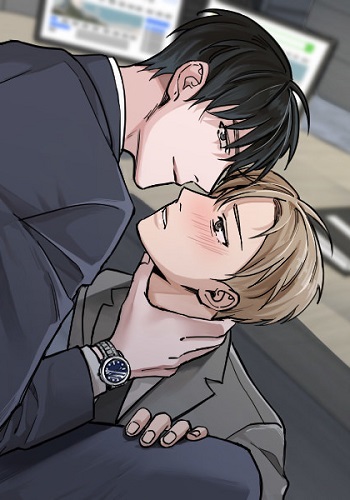 I’m currently 68 chapters in. I barely read modern romance manhwas but this caught my attention. I saw panels of it everywhere on Twitter. It is cute so I checked it out. I wanted to see what hype was all about. Here’s what I think about it.

The art department could definitely use a little bit more improvement. I do not know if it’s the modern world color, the shading, the lines, all of them all together or something else entirely different but something about the art screams kind of mediocre to me.

No. It wasn’t. My problem with modern hot boss – secretary romance is that I’ve heard it all before. If you are like me who grew up watching countless Asian dramas and Mexican telenovelas either you can’t get enough of it or you want to see a variation of it that you haven’t seen before. Yeah, yeah. I’m old.

It started out funny. That was an effective bait. LOL. On top of a universally taboo boss-secretary romantic relationship, the stigma to gay couple in modern day Korea still exists. This is already a difficult situation to navigate in the current setting. As if that isn’t enough, there are family drama, arch nemesis and office politics that needs to be dealt with. These make it interesting.

There are several webs to untangle in the story.

For instance, Suha alone have a few of these — his family’s history, his adolescence and his relationship with President Lee and her grandsons.

And then, for Jiwoon. Based on the strained relationship with President Lee and Do Hyeok, things at home aren’t exactly so great. Since he’s the Director of the company and a grandchild to President Lee, that conflict extends to the office.

I like that the couple have very effective challenges strewn along their way.

It’s so cliché. Every recent Korean drama have this. 😑

Granted, Jiwoon was consensual the entire time with Suha. It was unnecessary to the plot. We have to stop romanticizing stalker behavior. It’s not okay.

Harmless Googling of someone’s social media / online profile is fine. Some people do it to see if their date is a wanted criminal. Other people do it to check the panel for their job interview. This is OK.

He is obsessed with Suha and a little too stalker-y for my liking. The important thing about Jiwoon is whatever move he made (so far) towards Suha, there is consent. I like how he is still confident despite having President Lee as his “guardian” during his teenage years. She isn’t the kindest grandma in the world, is she? I want to know his past and his parents’ past.

I want to know how he would handle the family drama and office politics in the future once his sexuality and relationship with Suha is revealed. It will get out eventually. He is a director and it would tarnish the company’s reputation given the conservative culture.

I like that he’s trying to overcome his personal issues and he’s open about working on it. He’s great with Jiwoon. I hope someday he’ll stop calling Jiwoon Director Park for reals.

He is a man who has a problem with commitment after Do-Hyeok. Obviously, these are the issues we need to understand to know why he is the way he is. Flashbacks helped but it is not enough. I want to know why Do-Hyeok continues to torment him. I want to know why President Lee seems to like him. And if she likes him, how come he only funded for his studies only to be a secretary. There’s nothing wrong with being a secretary. However, if he’s been schoolmates with President Lee’s grandchildren, he could have achieved more. So what happened there? Is that relevant to the briefly mentioned studying abroad with Do-Hyeok that he rejected? What happens to him if President Lee finds out about his relationship with Jiwoon?

This scumbag! I must say even though sometimes I want to throw away my monitor, he does make an effective villain. He’s a spoiled brat who blossomed into a full-grown douchebag.

Clearly, there’s more to know about his past with Suha. He was the root of all Suha’s personal trauma and trust issues. President Lee favors him, too. I want him to end up in jail or dead. That’s the only ending I would accept.

I like that he’s close to Suha. I want to know how and when Jiwoo got close to her that they started texting each other.

I want to know her relationship with Suha’s family. This one probably has a deeper story into it. If she sent Suha to school and was even willing to fund Suha’s studies overseas, there’s got to be a deeper meaning behind that. It could be guilt or gratitude. It’s a wildcard.

I want to know why President Lee hates Jiwoon with every fiber of her being. What does he remind her of?

WIll she ever find out that Do-hyeok is a dick? What is she gonna do about it? Will she handover the company to Jiwoo if she found out about the drugs?

Siwoo is Suha’s hardcore bro. Suha wants a hookup, he’s got contacts. Running away from home? He offers his place to stay. He offers advise when necessary. I think their relationship is a little bit one-sided. I want to see how Suha is a friend to him as well.

Why is it popular?

They’re adorable. They have enough challenges to keep things interesting.

Is it worth the hype?

I’d say yes if you don’t mind a modern day drama, this one’s for you. It’s a more or less a healthy relationship between a couple.

Warning: This has rape scenes in it. If that’s too uncomfortable for you to read, you might want to reconsider.

Liked what you read?

One thought on “[Manhwa Review] My Suha”