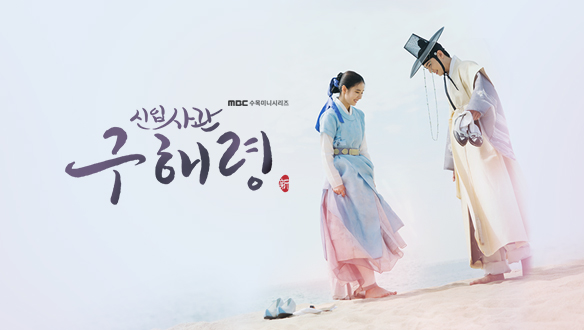 This was in one of my Netflix recommendations. All I saw from the preview was a woman crying over a pile of burning books. It was enough to get my attention. Plot? Trailer? Reviews? Nah! I went straight to the pilot episode without hesitation.

Our protagonist, Goo Hae Ryung, is depicted as an outcast for standing up for herself and other people, for boldly speaking her mind, for openly exhibiting her intelligence, for being ungraceful, for appreciating literature over men and for not wanting to get married.

Jae-gyeong, Hae-Ryung’s brother, was summoned by a government official to ban a book called “The Story of Ho Dam”. This book picked up its popularity in the northwest. It looked like he knew the book. Maybe, he knew the author or he was a part of the distribution team. Anyway, he looked guilty.

The male lead, Yi Rim, is a prince and secretly a popular romantic novelist who goes by the pseudonym Maehwa. He wrote a popular novel series called “Moonlight Love Affair”. Nobody knew what he looked like. After two years of not leaving the palace, he was finally allowed to briefly set foot outside. Dressed as a scholar, he visited a bookstore just as the third installment of his novel was released. Various women marveled at his writing except for one.

Yi Rim approached Hae Ryung to ask about his book. He was expecting compliments only to be met by apathy. He confronted Hae Ryung aggressively but she was able to shut him up by telling him she thinks he might be the real Maehwa. Their conversation was cut short when thugs who wanted to learn Maehwa’s real identity chased Sam Bo.

And of course… if there’s a prince, there’s a palace drama. The palace drama? The government official who banned “The Story of Hodam” earlier established an Office of Banned Books behind the Crown Prince’s back.

Hae Ryung saved a child from slavery by agreeing to impersonate Maehwa and sign “Moonlight Love Affair” copies through a curtained booth for a night. Yi Rim queued with a book for signing. He revealed himself as Maehwa, opened the curtain and caught his impostor red-handed. Both were shocked as they recognized each other’s faces.

A woman who speaks and thinks for herself unapologetically regardless of what the society expects her to do? A woman who puts people in their place for disrespecting her? A woman who had a little bit of a savior complex? A woman who just wants to read and study? I want a queue number to be her best friend, please. THANK YEW! Fifteen minutes in and I already love her character.

I want her to have a career she’s passionate about. She would obviously become a historian but I wonder how she would realize that. I look forward to her dynamics with the prince. Her secret of impersonating Maehwa is revealed in the pilot episode. Glad I didn’t have to sit through a few episodes before this was revealed.

Between Hae Ryun and Yi Rim, I like how he’s the romantic one.

Marriage within the palace has always been transactional and cold. He loved the idea of love so much that he had to simulate it in his novels. He even had to interview couples to capture emotions and steal lines for his novel. Ironically, his romance novels are popular. The fact that he wanted to fire the eunuch and the maid away so they could live happily proved that a palace is not a place for romance. So this drama ends up with the prince either dying or leaving the palace to be happy.

I sense no rivalry between him and the crown prince. I’m hopeful it doesn’t turn out to be brothers fighting over their spot to be the king. I am hopeful that it won’t lead to this because nobody mentioned anything about the king’s star yet.

It’s great how these people’s perception towards different types of books reveal their true nature. There were those who question the norms and are open to new possibilities. Majority were those narrow-minded individuals who are bound within the confines of what is supposed to be normal. There were those who desperately wanted to hide something – identity, story, possibly crime.

I didn’t want to look up a character map because it would lead to spoilers. Nevertheless, this drama has such a strong start my expectations for this drama are sky-high. This has the potential to be one of my all-time favorite dramas.