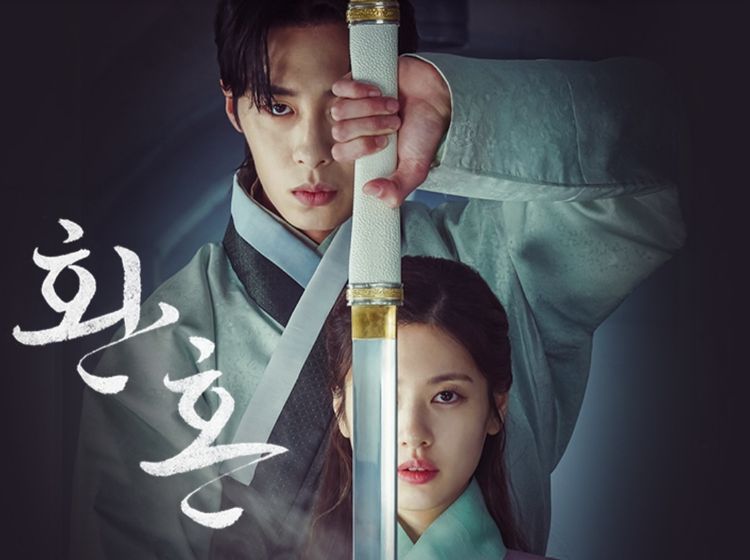 I saw the full episode 4 before I watched the pilot episode. My siblings were watching it. They were hyping up the Cha Eun Woo look-alike in the supporting cast. I was like meh. However, after they explained the synopsis, I watched out of curiosity. Apart from the historical fantasy setting which primarily caught my attention, here are the reasons why I’m watching the show:

The only thing I don’t like about this is that all the episodes aren’t fully released yet. Ugh! Why do bad things happen to good people!

P.S.: There are random Naruto references in this first impression. If you haven’t seen Naruto, why haven’t you? It’s a classic anime. TF?!

A mage and shadow assassin, Naksu, transferred her soul to another body, Mu-deok, a blind woman. Jang Uk is a powerful mage’s son whose gate of energy was locked by his father. He dismissed himself from masters who refused to unlock his gate of energy. (Gate of Energy is the equivalent of golden core in CQL / The Untamed world) This prohibited Uk from practicing spells. When Jang Uk recognized Naksu hiding in Mu-deok’s body, he took her in as his servant.

Note: For the easily confused people like me, here’s a character guide.

Twenty years later, an army led by Park Jin pursued Naksu, a shadow assassin, for killing mages around the city. After being heavily injured, Naksu escaped. She grabbed a servant and performed the alchemy of souls. She missed the body she targeted and wound up in Mu-deok’s body, a blind woman she pushed earlier.

Naksu’s corpse was brought to Songrim. Yul recognized a bird-shaped whistle attached to Naksu’s sword belt. He gave it to a friend in his younger years. Naksu was his friend but didn’t recognize her. He kept quiet about it. Master Heo was worried that another soul shifter would run wild and kill people the way it did twenty years ago.

Dang gu rushed from Chwiseonru to meet Master Heo and Park Jin. He was curious about Naksu being a soul shifter. After a scolding from Park Jin and being sided by Master Heo, the conversation shifted to Jang Uk.

Jang Uk is Jang Gang’s son. The king succeeded, after all. Uk jumped around places to learn from Yeongchundang to Gisan. He dismissed himself from all the training which didn’t benefit him. He even caused a ruckus because his last master told him no one will teach him spells. No one would dare to unlock his gate of energy because his mother had an affair and his father abandoned him. He announced that he will find a stronger master who would be willing to teach him spells, wouldn’t care about going against Jang Gang and unlock his gate of energy.

Meanwhile, Naksu entered the body of Mu-deok, a blind girl from the countryside. She was surprised to recover her sight but not her strength. She was too weak to escape the people who bought her. Moreover, her new body does not have the blue bruise.

Mudeok was sold to Chwiseonru, a brothel. She found out about the four children of the main families – Jin Cho-Yeon, Park Dang gu, Seo Yul (Naksu’s first love) and Jang Uk. Naksu’s parents were executed for some reason by the fathers of these four people. She swore to kill many people but this one was serious. Naksu wanted to avenge her parents’ death.

Songrim’s mages as well as Naksu’s master were on a hunt for Naksu. Jang Uk recognized Naksu in Chwiseonru and took Mudeok to his house as a servant. After being Uk’s servant for a very short time, Mudeok stole the spirit plaque to enter Songrim and steal her sword to get her power back. At the same time, intruders attacked Songrim. Yul and Dan Gu defended Jeongjingak. It was empty. Naksu’s body was missing. Most likely retrieved by Danju, Naksu’s boss.

After Mu-deok’s failed attempt to retrieve her sword, she fled the scene and was almost caught by Yul. One wrist grab later, Mu-deok was safe and Uk was staring at her eyes shining blue under the moonlight.

I didn’t expect anything less. This is not a Korean drama if there’s no wrist grab to save the leading lady from something, anything (gutter, bad people, grass, etc.).

The show was chaotic to say the least and I love it. There are many storylines to watch out for. The show’s pacing is faster than Shinkansen bullet trains in Japan. I can’t believe the first episode contained that much information. Not to mention, there were cool fight scenes in between. I’ve already seen episode 4, so some questions I have are answered. The places and territories were confusing. I’m not Dora, I don’t have a map of Daeho. The relationship map above helped.

I have high expectations for this show. Mainly because the ahjusshis in the show were veterans and if you see them you know the drama is gonna be good.

The sageuk drama trifecta of politics, forbidden love and family drama landed on this drama with interesting twists. A king who’s heir was produced in a different body? How are they going to prove that? And even if they do, biologically, Jang Uk doesn’t have the right to the throne. Very intriguing.

Things that didn’t make sense to me:

For what it’s worth, Uk’s “beautiful eyes” agenda made more sense in terms of recognizing Naksu. I liked that he dragged it out to see Mudeok scamper around Songrim to get her sword back.

Alright! I have a bone to pick with Asian dramas, why do cool girl characters always die? Or they go soft and drop everything else because they “found love”? Orphan turned badass. That’s the formula of making superheroes and protagonists in the fictional world. None of them started out as dead.

Okay, she didn’t exactly die because her soul is still hosted in Mudeok’s body. However, the storyline still found a way to weaken her. And why is that? To make the male lead appear “manlier”. *eyeroll*

I love Jang Uk’s character. He’s an underdog but not really. He doesn’t even know he was the heir to the throne. How was he gonna prove it? Is he even interested in being the king? Uk is going to fall in love with the most wanted assassin in Daeho who’s also his servant and his secret teacher. So many tropes in one sentence! What in the AO3 is happening here?

Also, all this complicated family story and locked gate of energy is giving me a Naruto – Kurama vibes. I mean, why would his father seal his gate of energy? What else was sealed together with it?

What happened to her soul? She might be the wild card we’re waiting for to spin this whole thing around.

Stuff I’m curious about & look forward to the show

I’m about to press pause on Mouse because this one is so good.