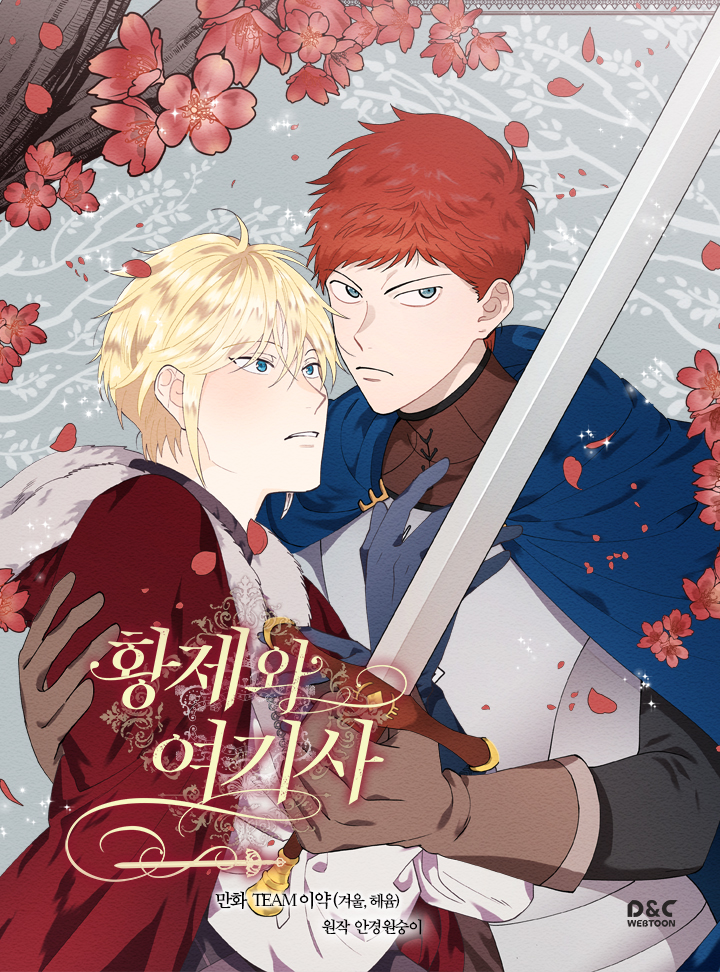 So far… My favorites changes like every now and then.. I’m gonna have to read more. Nevertheless, here is my list. In case you’re wondering, yes, I have several criteria.

These stories are all in historical settings.

1. Emperor and the Female Knight

Pauliana is the rightful successor to her family. However, her dad and stepmom thought otherwise. Their solution? Enlist her in the army. Let her die in the battlefield. Women warriors were unheard of. Women were supposed to be just wives and stay at home. As expected, she was met with hostility, pity, misogyny but somewhere along the way she also earned respect, friendship from different soldiers and merits in combat and war strategy.

UGH! I want to be her friend. She’s so cool! I swear she’s manlier than the king and was unapologetic about it. Despite all the bad things that happened to her, she’s still a good person.

2. Survive as the Hero’s Wife

This is an isekai manhwa. Meaning, the main character would be transported / reincarnated into another world (e.g. game, novel, manga, etc.) in a body of a known side character / villain / protagonist. Usually, main characters are cautious. They would devise a plan behind the scenes and try to survive quietly.

Canaria was different. She walked right into the lioness’ den. The empress planned to dethrone the crowned prince, Cesar, to get her own son (the second prince) on the throne. The crowned prince was a maid’s son. Canaria proposed an alliance. She would give the empress an intel about the crowned prince. In exchange, the empress would let her live in luxury. In the novel, Cesar would marry her but would execute her after a few years. So, she befriended Cesar. Then, she planned to divorce him when he falls in love with the novel’s protagonist. That way, he didn’t have to execute her. Canaria even befriended the novel’s protagonist and went through great lengths to get involved into politics to improve women’s rights together. She’s a good person and a smart cookie!

If you’re looking for drama, romance, politics and feminism, this one’s a great pick.

3. Who Made Me A Princess

Another isekai manhwa. This is a popular one. The MC woke u as Princess Athanasia from a novel. In the story, her father, Emperor Claude, favored Jeanette. The Emperor was in love with the late Penelope, Jeanette’s mom. Claude will execute Athanasia when she turns 18.

Athanasia’s plan was to steal riches from the palace and escape before she turns 18. It didn’t happen. She ran into Claude when she turned five. He was initially cruel to her. Athy imitated Jeanette’s personality in the novel and won him over until she was about 14 / 15 years old. When she became sick, Claude saved her. As a result, he got cursed, he lost his memories and his body was dying. Since the emperor lost his memories, he attempted to kill Athanasia several times but he eventually changed his mind. Claude went into coma, Athanasia might have to rule the kingdom on his behalf real at such a young age. If so, her archenemies would be her family and she doesn’t even know about it.

This is for people who are looking for family drama, fantasy, dark magic and a little bit for politics. A little bit of teenage romance, too.